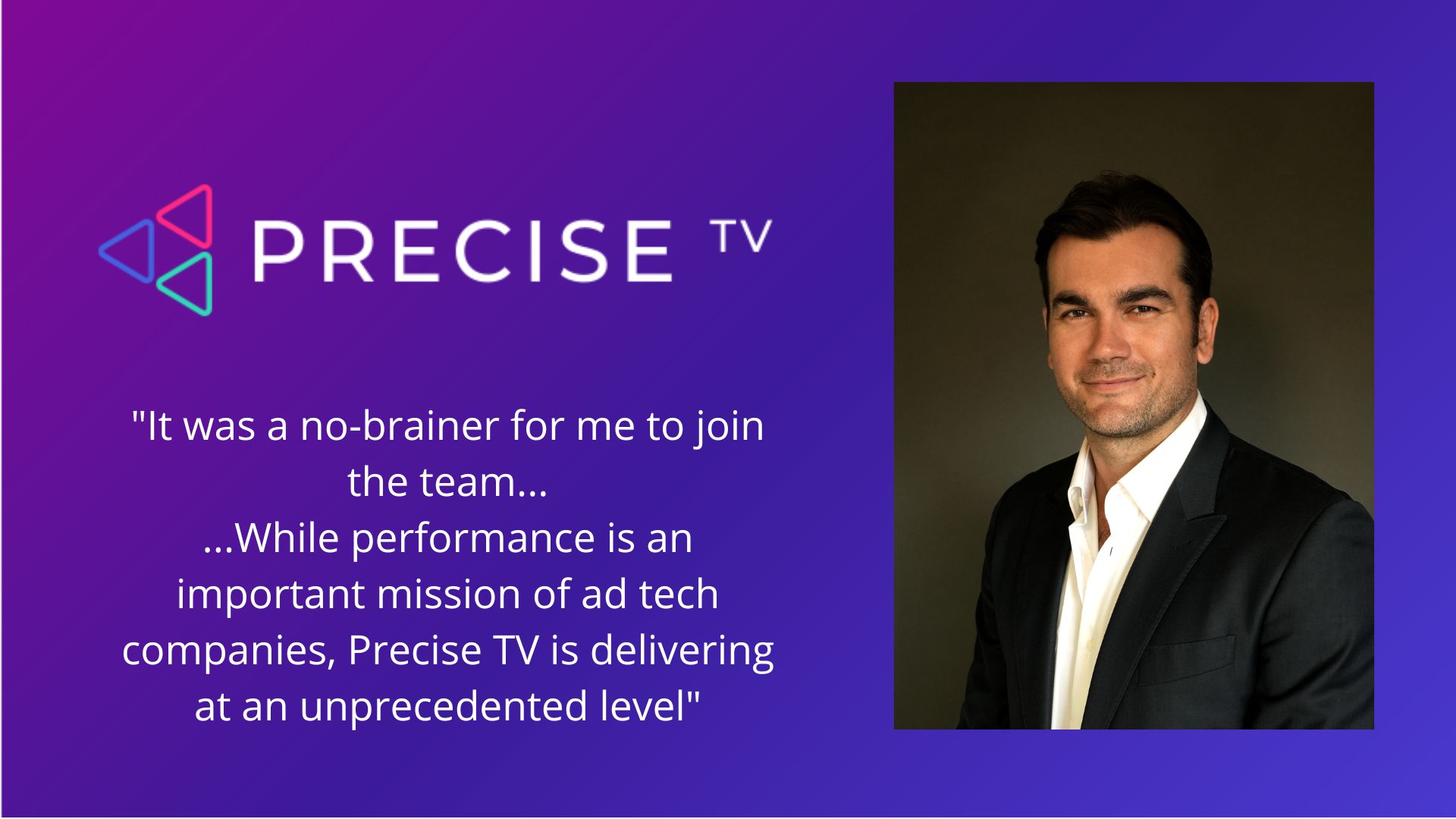 We are delighted to announce the appointment of Patrick Benad as VP of Sales, Gaming & Kids. As part of our U.S. leadership team, Benad is responsible for managing the influx of gaming and kids companies, as well as leveraging his industry relationships which includes Activision, Riot Games, Bethesda, LEGO, Hasbro and the Pokemon Company.

“It was a no-brainer for me to join the team with the gaming sector increasingly looking to execute performance video campaigns across YouTube, Facebook, TikTok and connected TV,” said Benad. “My gaming experience fits in nicely with the rush of gaming and toy industry marketers looking to drive bottom of the funnel results with premium video advertising. While performance is an important mission of ad tech companies, Precise TV is delivering at an unprecedented level.”

Benad has an extensive gaming industry background. He began his career working at IGN and Future Publishing, and then joined CBS in New York to lead the gaming and technology sales team. After that, he participated in multiple startups that were acquired – notably Jaunt, an immersive mixed reality studio that was acquired by Verizon in 2019. Most recently, he launched and ran the U.S. operations for a gaming and kids focussed ad tech platform Venatus which liquidated via private equity in 2021.

In addition to sales, Benad is responsible for supporting our U.S. go-to-market expansion efforts as the company’s award-winning contextual intelligence platform gains rapid adoption in America. He will be working closely with Chief Commercial Officer Denis Crushell, who oversees the U.S. business.

“I’ve gotten to know Patrick over the years – he is as well respected as they come, and we’re grateful he chose to join our ranks,” said Crushell. “In today’s economy, there’s more talk than ever about driving lower funnel business outcomes for advertisers, and Patrick really appreciates our mindset of show rather than tell. We’re eager to work together to help more brands reduce media wastage and drive outcomes.”