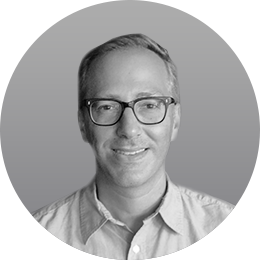 Lack of transparency is a major cause of advertising fraud. However, its impact goes far beyond that. Opaque media practices give rise to:

The good news for marketers is that things are changing. There’s definitely light at the end of the tunnel.

But first, let’s look at each of the core issues that arise from a lack of transparency in a little more detail.

In January 2017, Marc Pritchard of P&G famously called time on the online advertising industry, memorably calling its supply chain “murky at best and fraudulent at worst”. In a wake-up call to the industry, he gave it a year to clean up its act. For those that didn’t comply, P&G would start to pull its budget.

Nearly all the issues that gave P&G cause for concern such as fraud, measurement, ad viewability and complex contracts could be traced back to one issue: a lack of transparency. Because brands don’t have clear oversight of their online advertising supply chain, it’s virtually impossible for them to know what’s going on.

In short, the world of online advertising has too long been a Wild West – and in Marc Pritchard, the industry has a new self-appointed sheriff in town.

But aside from fraud, what other issues are at stake for advertisers?

For many, 2017 could well be dubbed the year of brand safety – especially for YouTube. Throughout last year, various brand safety issues came to light, some of which were serious enough to result in boycotts by major brands. Campaign magazine dubbed this a potential “News of the World” moment for YouTube.

While all platforms have been affected in some way, rightly or wrongly a large proportion of brand safety focus has fallen on YouTube.

Starting out with PewDiePie in February, the issues have snowballed to include extremism, predatory comments on kids videos, and most recently Logan Paul making light of suicide.

As we know, the Holy Grail of advertising is to target the right person at the right time with the right message. This can only be achieved with a deep understanding of the context in which the ad appears. Without transparency in the system, contextual relevance is impossible and performance collapses.

This was clearly demonstrated in 2017 when P&G famously culled $140M of online ad spend due to concerns over transparency. The result of the culling produced no dip in performance. If anything, P&G saw a slight rise in sales.

But why is context so important? It’s all to do with catching people at the right moment.

A customer can be many things: a mother, a businesswoman, a fitness enthusiast and so on. And while she might be interested in buying a new car, it’s probably not while she is watching yoga videos. In fact, she may well be put off by the interruption, meaning your ads might actually be working against you.

The problem for an online ad industry that lacks transparency is that you never really know where your ads are appearing. This means it’s almost impossible to be relevant to the consumer’s interest at that exact time. So not only are you exposing yourself to brand safety issues, you’re also failing to effectively build your brand.

What’s more, not knowing where your ads are appearing also means you’re unlikely to be capturing the data needed to help you improve your campaigns.

No campaign results ever come back without a certain amount of data attached. But without transparency this data is useless. And if you try to act on it, it can actually cause further issues. So if, for example, your campaign is failing to deliver and you’re trying to fix this based on a corrupted data set, you may actually end up compounding rather than solving your problems.

What this has done is create a world where brands and agencies are flying blind. Not because they don’t have data, but because they have the wrong data and it’s leading them astray.

So, what to do? Well, Marc Pritchard had a few ideas.

GETTING THE HOUSE IN ORDER

In order to start the process of fixing the online advertising industry, P&G laid out a four-point plan to bring transparency back into the market. Essentially the aim is to:

Pritchard gave the industry a year to get its house in order. And for the most part, the industry has taken positive steps to respond.

To date, initiatives have included:

As for Google and Facebook, both have very publicly committed to introducing more oversight into what gets published on their platforms. As an example, YouTube are raising the number of moderators for the site by up to 10,000 and many more initiatives besides.

However, implementing these measures can take time. So what can marketers do to protect themselves now? Well, this is where Precise.TV come in.

Precise.TV were founded with transparency at the heart of the business. As a result, we produce brand-safe campaigns that significantly outperform YouTube benchmarks.

We do this using a combination of artificial intelligence and human verification to analyze YouTube at a video level, removing irrelevant and inappropriate videos in order to create scalable, custom whitelists of placements for each campaign. That means brands can boost performance by knowing exactly where their ads will appear, helping them to improve performance with each subsequent campaign.

It’s a tough environment for marketers. They’re under increasing pressure to deliver results, and they have to do so in an environment where brand safety issues may cost them their jobs. This prevents them from trying new suppliers, opting instead to stick with the “devil they know”.

So in order to give peace of mind, we’ve teamed up with ABC and JICWEBS to get ourselves audited for transparency and brand safety.

We’ve also been audited by kidSAFE, the leading provider of COPPA privacy accreditation for minors. You can read more about that on our press release here.

Last, but by no means least we have also signed up to the IAB Gold Standard which means we not only place ads against thoroughly vetted, brand safe placements. But only buy ad formats that adhere to the Better Ads Standards.

THE TRUE VALUE OF TRANSPARENCY

In 2017, Marc Pritchard fired the starting gun on bringing greater transparency to online advertising. Over the last year the industry has had a grace period to get its act together – and in large part has responded well.

However, as we move into 2018 we‘ll no doubt start to see advertisers shift budgets away from those suppliers who have failed to respond positively. All in all, this can only be a good thing for the entire industry.

GET THE FULL STORY WITH PRECISE.TV'S INSIDER'S GUIDE TO SAFEGUARDING BRAND AND REPUTATION ON YOUTUBE